Unless you have decided to move to Italy for retirement or for studies, you will probably be looking for a job to support yourself. This article contains all the essential information to know before your expatriation: the formalities to work in Italy, the sectors which recruit, the wage advantages, etc. 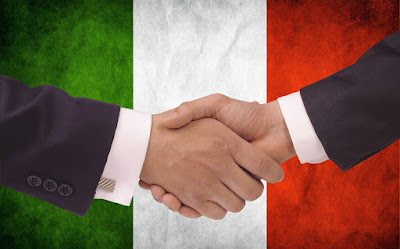 To get the best of your luck once in Italy, it is important to know a little bit about the economic climate and the job market in which you are going to enter. If Italy is the eighth largest economy in the world, unemployment is a serious problem at the national level. Indeed, currently, unemployment figures represent 10.8% of the general population, including 31.7% of young people (January 2018 figures / STATS), which means that competition for work is fierce.

The Italian economy is mainly based on services, the tertiary sector representing 75% of the country’s GDP. Key industries include engineering, finance, technology, food production, and fashion, although tourism also plays a key role.

In addition, most sectors and industries are subject to national quotas. It is therefore recommended to look for a job before leaving your country of residence.
Find a job in Italy

If you are an EU citizen, you will not need to apply for a Permesso di Soggiorno per Lavoro (work visa).

If you come from a third country, you will need to apply for a work visa at the nearest Italian Embassy or Consulate. This process can take a while (from a few months to a year), so make sure you do it well enough in advance. Our article “Visa D the long-stay visa in Italy” will tell you more about the subject.

Citizens of the EU, the EEA, and the Schengen area must apply for a residence permit from their local municipality if they plan to stay in Italy for more than three months (90 days). Citizens of third countries must register within eight days of their arrival in Italy.

The maximum duration of a fixed-term employment contract is 36 months, but the contract can be renewed up to five times.

Under the recent reform of the employment laws, fixed-term contract employees and permanent employees must be treated on an equal footing. Part-time workers cannot be discriminated against.

It should be noted that certain incentives are offered to companies that hire categories of employees, including young people aged 15 to 29, the disadvantaged and the long-term unemployed over 50.
Working conditions in Italy

Generally, Italians enjoy a healthy work-life balance. Once you have found a job, you will be covered by Italian Social Security legislation and will be entitled to paid leave, sick leave, maternity and paternity leave and severance pay.

Your company must register for social insurance, but you can also join the Azienda Sanitaria individually. To make this request, you will need to bring:

There is no minimum wage in Italy. According to the legislation, employees are entitled to a salary that corresponds to their role, capable of ensuring a decent lifestyle. However, wages are much lower than those elsewhere in other Western European countries, with an average of 1,400 â¬ per month in Rome.

In Italy, the number of hours worked is not capped, however, the working week lasts on average 40 hours and overtime cannot exceed 250 hours per year. The opening hours in Italy are generally between 8 a.m. and 1 p.m., and between 3 p.m. and 8 p.m., depending on the companies and the sector. Many service companies also close on Monday.

Employees are entitled to at least four weeks of paid vacation leave and 11 statutory holidays.

Maternity and paternity leave in Italy

Mothers are on maternity leave during the last two months of their pregnancy, and the first three months after childbirth. However, they can adjust the timing of these months of leave.

80% of the mother’s salary is paid by the INPS and 20% of her mother’s salary is paid by her employer during this period. Once the maternity leave is over, mothers are entitled to an additional six months’ leave, which allows them to keep their jobs and 30% of their salary, paid by the INPS. Women cannot be removed without just cause before the child is one year old.

Paternity leave is compulsory in Italy and lasts one day (1 day). The provisions relating to maternity only apply to the father if the mother has died, if she suffers from severe disabilities, if she has abandoned the child or if she has entrusted the child to the father’s care.

Mothers and fathers can take up to six months of parental leave until the child is 12 years old, while single parents are entitled to ten months of leave. During this period, employees receive an allowance equivalent to 30% of their salary for six months.

In the event of a breach of contract, employees are entitled to severance pay (the amount is equal to the sum of each annual salary divided by 13.5), additional prorated monthly payments and a payment in lieu of leave not taken.

Advertisement BC PNP is an investment immigration program designed to attract businessmen, women...

Advertisement I insist on the aspect “legally”. No US company will hire you illegally...

Advertisement Australia, or as it is officially known as the Commonwealth of Australia, is a...

Advertisement The handicraft sector suffers from a large shortage of skilled workers in all German...

Advertisement If you are seeking information on how to find work in Germany, you have come to the...

Advertisement The immigration program to Britain by establishing a branch of a company in which a...