The US State Department added a new item in visa requests, requiring those wishing to visit or immigrate to the United States to submit their addresses on social media, as well as the phone numbers and email addresses they used in the past five years.

The change is expected to include 15 million foreigners who apply for visas to enter the United States each year.

CBC News said that in the past, e-mail addresses, communication sites and a phone number required applicants whose requests warrant additional research, such as those who visited areas controlled by terrorist groups. The number of individuals in this category did not exceed 65,000 applicants annually. 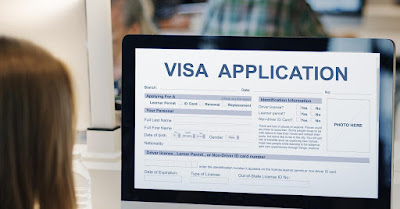 The website quoted a US State Department statement as saying that collecting the additional information would help it strengthen the “process of verifying the identities of these applicants.” She stated that this policy had begun to be implemented after the approval of the new application, which was developed in 2018.

The application also includes questions about the traveler’s journeys taken during the past five years outside the borders of his country, whether he was deported, and if one of his relatives was involved in terrorist activities.

The application exempts some categories of diplomatic and official visas from the new requirements.

BC PNP is an investment immigration program designed to attract businessmen, women, and...

I insist on the aspect “legally”. No US company will hire you illegally – without...

Australia, or as it is officially known as the Commonwealth of Australia, is a country consisting...

The handicraft sector suffers from a large shortage of skilled workers in all German states, that...

Assess your eligibility to immigrate to Canada through general immigration Express entry and...