Bringing more qualified and skilled workers to Germany without adopting the points system, this is the goal of the new immigration law that is being developed by the German government at the present time. What distinguishes the new government plan from what is happening in other countries?

It is clear to those in charge of issuing a law for specialized labor migration to Germany. What is clear is that the low unemployment rate and the aging population in Germany make it difficult for companies to occupy vacant workplaces with qualified workers. Lawmakers also acknowledge that employing European Union citizens will not be sufficient to strike a balance in the expected shortfall in specialized labor.

It is stated in the document prepared for this purpose that Germany must achieve greater success in gaining qualified workforce, and this means gaining employment from outside the European Union.

The bill, which was developed by the Ministry of the Interior and transferred to the Ministry of Labor and Economy, is expected to be presented at the end of August to the government of German Chancellor Angela Merkel.

Under pressure from German Interior Minister Horst Seehofer, in this context, it is necessary to avoid exploiting the situation to benefit from social security systems. 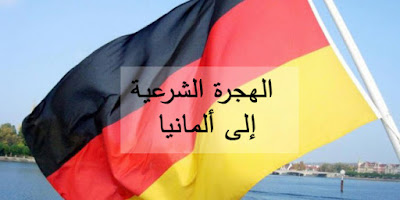 Germany dispenses with the points system

Unlike countries such as Britain, Canada and Australia, the German government does not intend to adopt a points system to attract talent, because the latter subject to those wishing to emigrate a multi-level test. This mainly evaluates the qualification, the level of well-being, linguistic knowledge and opportunity in the labor market by adopting the points system.

Accordingly, the participants receive a number of points according to the level of their evaluation. If the level of points is high, they obtain a visa. If they do not meet the minimum points, they will be rejected.
The industry sector is in urgent need of qualified people

This kind of points system has been proposed by the Social Democratic Party since 2016, and was welcomed by the left-wing centrist parties in Germany. However, it is not raised in the new document from the bill. Indeed, it is recommended that people be chosen on the basis of the mentioned criteria, but legislators here want to dispense with the points system.

The question is, how will the evaluation happen under these circumstances? For the time being, this is still not clear to experts. “I wonder how this can be done,” says Thomas Lebesh, an OECD immigration researcher. “I don’t know how to evaluate based on these different criteria without a points system. For this we need a score system.”

Simplify the law for eligible candidates

For people with a high education level, Germany now has one of the simplest immigration laws in the world. “In the current circumstances, it is easier to travel to Germany compared to, for example, with Canada,” he says, adding: “The German system currently focuses on providing formal or regular qualifications. If the applicant has these qualifications and a job, he can come to Germany even if the German is not spoken.” “.

People who have an excellent qualification are now granted a visa to Germany, and without a concrete place of work they can enter the country and find a job.

But what is lacking in Germany are people with average qualifications: nurses, health care workers, kindergarten assistants and craftsmen such as electricians or carpenters. All these occupations require regular qualification and, according to Liebich, cover about 60 percent of the German job market. So far, there have been difficulties in recognizing these qualifications. And he overcomes this hurdle that the new law document considers “a key to a successful integration into the labor market.”

The new law document does not reveal the necessary additional conditions such as the level of knowledge of German that a potential immigrant must demonstrate. Do the candidates have to get a job offer from a German company?

It now appears that the German government is planning to issue a visa to job seekers of medium qualification level. This visa is a proven success in Denmark. And in Germany there are no experiences with this type of visa yet.

Much remains hostage to the willingness of German employers to risk employing people with this type of visa. “It is a big question,” says Lebisch, who points out that many German companies do not prefer employing people from abroad.

In order to exercise appeal to people with special training or qualifications, France worked a short time ago to give more precision in the immigration law. The goal is to simplify bureaucracy. In the case of France, this is especially true for high-level employees of multinational companies whose monthly salary exceeds 5,000 euros – usually these people are researchers, entertainment workers, or seasonal workers.

Sweden, on the other hand, pursues a more liberal policy. “You can go there in principle for any business,” says Lebec, adding that “France remains somewhat closed, while Germany appears to be located between the two sides.”

BC PNP is an investment immigration program designed to attract businessmen, women, and...

I insist on the aspect “legally”. No US company will hire you illegally – without...

Australia, or as it is officially known as the Commonwealth of Australia, is a country consisting...

The handicraft sector suffers from a large shortage of skilled workers in all German states, that...

Assess your eligibility to immigrate to Canada through general immigration Express entry and...